As we enter the final hours of the 2010s, to reflect and look forward I would like to share a couple of very contrasting collages. One was taken this year. The other was taken exactly 10 years ago.

Wattpad grew ~100x in virtually every single dimension – number of employees, the size of the office, number of users, number of stories shared but more importantly the positive impact on the Wattpad communities, our employees, our city and millions of lives we touched.

Two Small Fish Ventures grew from a side project to a VC firm with tens of rocket ships in the portfolio.

Collision is the fastest-growing tech conference in North America, and for the first time ever, this past may the event was held in Toronto.  I had the opportunity to join a panel on what it takes to scale companies and ecosystems. Check out the video:

About a year ago I read an article about Jeff Bezos’ approach to meetings at Amazon that really resonated with me. Specifically, there were three things that make meetings more effective and efficient that really stood out to me.

Like Bezos, I’m a big believer in small group meetings. Based on my experience, it’s too difficult to have a conversation that’s relevant to most if there are more than eight people in the room.

I don’t necessarily 100% agree with no PowerPoint, though. Yes, there are times when having a narrative works better, but in some cases, bullet points can be more effective. One can’t replace the other. Use the right tool at the right time for the right people.

What I found really interesting is the study hall format. Since learning about, I’ve tried it out in multiple meetings by allocating the first 5-10 minutes (not 30 minutes as Bezos suggests) so everyone can go through the document or deck and add their questions and comments in advance of the discussion. Here’s what I observed:

As you can tell, I become a fan of the study hall format, and while I recognize it doesn’t work for every type of meeting, it’s helpful when teams need to be on the same page with specific background information. That’s when spending 5-10 minutes to make sure everyone is “in the zone” is well worth it.

Incorporating the Study Hall format to your next meeting gives you time: Time for understanding; Time for extended reflection; Time for focused thinking; All of which leads to better and more effective meetings. When you work at a startup, seeking advice and gaining buy-in from the broader team can help you move faster … until it becomes a crutch.

Recently, I bumped into an entrepreneur I invested in. He’s making some changes to the direction of his company and after explaining them to me I pointed out some of the potential issues. He immediately asked me: “So, do you want me to revert to the old plan?”

It was the wrong question to ask.

I explained to him that it doesn’t matter what I want. As CEO with all the context, he’s the only one who can make the decision. As an investor, I’m not thinking about his business 24/7 but he is. It’s his company and it’s his decision what he does with it (and only his decision). Investors should share their experiences and opinions but they shouldn’t make decisions that affect the business.

Not long after, I had an investor friend contact me about one of his portfolio companies that’s going through a pretty rough patch. My friend said: “The CEO now blames the board of directors for making the wrong decision.” My ears perked up. This was a red flag and I told my friend as much.

A company’s board of directors only has one decision to make: Hire and fire the CEO. Inexperienced CEOs have a tendency to defer difficult decisions to the board or even other people in the company. It’s not uncommon to hear a newbie (or unconfident) CEO say something like “My recommendation to the board is …” This isn’t helpful. All this does is enable inexperienced board members to jump in and make decisions out of context. It’s tragic really.

Obviously, I’m not suggesting that there is no value to be gained from consulting with your board: Every CEO has blind spots and can benefit from another perspective. But in the end, what happens in the business is always the CEOs call.

And it doesn’t always have to be the CEO who holds the ultimate decision making ability (nor should it). I remember speaking with a senior leader at Wattpad and the person said: “I would advise we do this …” I quickly reminded this person that they are the head of the business unit and the only person accountable for it. It was an important decision with huge implications across the company, so of course, I expected this person would engage with the broader team to think through the different scenarios and make sure all the bases were covered, but at the end of the day, the person was the leader, not an advisor.

These three conversations illustrate one critical point. Whether you’re a co-founder, CEO, technical lead, department manager or even individual contributor, you are the presumed expert in your role so don’t dodge making tough decisions. Remember: You are not an advisor to your own job. 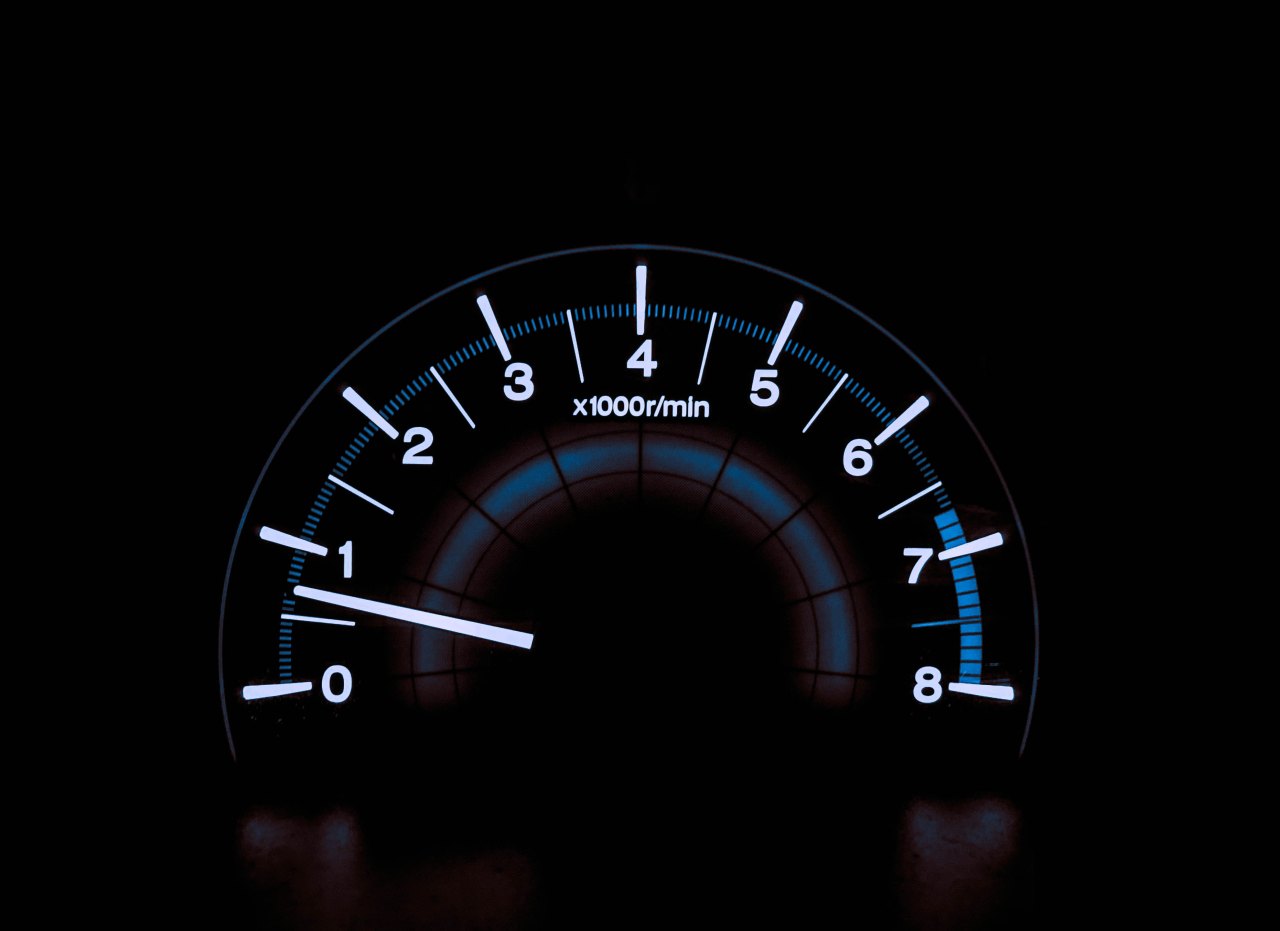 As a startup scales, it’s natural for tension to creep up among different teams who are working on disparate objectives. Either of these conversations sound familiar?

“Showing users more ads can help generate more revenue, but it could also hurt engagement. Do we optimize for revenue or engagement?”

The best way entrepreneurs can embrace and then ease tension among their teams is to establish a set of principles. Principles can help teams avoid indecision and move fast.

In the example above about serving ads at the expense of user engagement for instance, if the team has previously established that ad experiments can’t impact engagement by more than X%, it becomes easier for them to test different combinations of ads to drive the most revenue without negatively impacting engagement.

Establishing principles streamlines decision making, eliminates unnecessary meetings and propels the company forward. Everyone knows what to do and understands how much (or how little) leeway the team has.

Of course, there will be times when you may not have a principle to fall back on. That’s when the teams representing the conflicting priorities need to escalate the matter further and involve an arbitrator. Most times decisions are reversible and having an arbitrator can resolve issues quickly. In the world of startups, a quick decision always trumps a slow decision (or worse, no decision at all).

Tension is natural and a sign your company is growing. But as your business grows and becomes more complex, decisions aren’t as straightforward as they used to. Creating a set of ground rules that inform your team’s priorities and outcomes can help avoid unnecessary confusion and conflict.

When I first became a manager, one thing that was extremely difficult for me to get used to was delegation. When an employee gets promoted to manager, and even after they realize they now have a different and distinct role, it can be hard to let go of the day-to-day work.

Why? In many cases, the person who gets promoted to a leadership or a manager position is someone who is an awesome individual contributor. To be an awesome IC, you need to be very good at getting stuff done.

But as a leader or a manager, you need to focus on asking other people to get stuff done.

You need to make sure your team is working on the right stuff to achieve desired outcomes. As a manager, you can’t do the work of other ICs – it no longer in your job description.

This is counter-intuitive and crazy hard because it is the polar opposite of what awesome ICs know so well.

Speaking from experience, when a leader does the work of an IC it can be very demotivating and become counterproductive. On the other hand, when a manager delegates the work and trusts individuals to get the job done it can be very motivating.

As a leader, you should remember that it is far better for you to focus on figuring out what your ICs should do (and why), and let the ICs figure out how to get the job done (and then, do it).

I first started managing people when I was 26. Four years later, I was managing a team of 30 developers. On paper, I was fantastically successful; in reality I should have fired myself.

At the time, I thought that in order to lead a team of awesome developers, I had to be an even more awesome developer. I worked frantically to write more code than anyone else not realizing that I accepted a new job the moment I was promoted – and writing code wasn’t it.

It’s something that almost all new managers forget. Being a manager isn’t a glorified version of your old job: it’s a brand new and completely different role. It requires a different skill set and attitude. As a manager, your responsibility is to ensure your team works on the right things at the right pace to deliver the right outcomes.

In my 30s, without any management or leadership training under my belt, I didn’t have a clue how to direct such a sizeable team. As a newbie manager I made mistakes and added further complexity to an already chaotic organization. It was only years later when I truly realized how my lack of leadership contributed to the chaos. I still cringe thinking about it.

I’m not proud of those mistakes, but I learned a lot from them. My biggest takeaway was that being a manager isn’t about rolling up your sleeves and working alongside your team (although there are times when this matters); it’s about understanding where your organization wants to go and deploying your team and resources to get you there.

If you’re a new manager who’s still doing the same work as before, step back and delegate. And, congratulations on your new job.